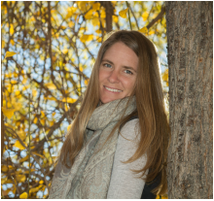 Erin Boehme grew up freely exploring the pastures, creeks and high deserts of the Eastern Sierra, this is where she truly learned about early childhood. Her passion to work with children and families in nature has led her on a journey into teaching. While studying early childhood education and child development, Erin worked as a Public Project Coordinator at Kidspace Museum in Pasadena. In 2000, Erin traveled to Italy to study in the Reggio Emilia Municipal Schools and returned to Santa Barbara to teach preschool and mentor student teachers at Santa Barbara City College Children's Center, volunteer for Wilderness Youth Project and teach kindergarten at Wild Roots Forest School. Erin has been a member of the board of directors for Quail Springs Permaculture. Erin is co-founder and instructor for the Academy of Forest Kindergarten Teachers.  After 19 years in Santa Barbara, Erin has returned to her homeland in the Sierra Mountains where she directs and teaches Wild Roots Eastern Sierra Programs based on her more than 20 years experience in early childhood education.  She is an artist and designer that seeks to fuel the creative spirit in herself and others everyday.  She is mentored by her 2 children and still runs barefoot exploring in nature.
​ 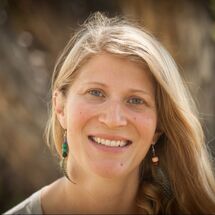 Anne McCarthy
Mixed Age Preschool Lead Teacher
​
Anne grew up in southern Germany, playing freely with her sisters: making mud pies on creek banks, running through fields, picking wild berries and searching for trolls and fairies under moss covered roots. Her parents instilled in her a deep love and wonder for the natural world, as well as a sense of belonging.  She now lives in the beautiful high desert outside of Bishop, CA with her husband, two daughters and their dog.  Anne came to Wild Roots in 2015 as a parent, and has since started on the wonderful journey to becoming a forest school teacher herself.  Anne is an avid naturalist, freelance artist, and dog agility trainer.
​ 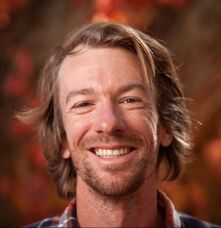 Tyler was raised in the Ojai Valley on a street active with similarly aged children and a park just beyond the backyard. Along with his brother and their neighborhood friends all sorts of games were created, modified, and frequently played. The amount of family time spent outside built an ever expanding appreciation for natural places. As he grew in years, the chaparral country he explored grew in distance from home, instilling deep appreciation and a willingness to
adventure. While earning a degree in forestry at Northern Arizona University, Tyler expanded his attention to the magnificent details of the environment and its fluctuations. Rock climbing brought Tyler to the Eastern Sierra, but the community makes it a home. He began his time here six years ago as a botanist, but through summer camps, watershed field trips, and substitute teaching has transitioned to education. Tyler has studied with Academy of Forest Kindergarten Teachers, and is grateful to have joined Wild Roots in 2018, and as his family of teachers has noticed, young children bring out a special joy in him.  He is also fortunate to teach youth Bouldering at Sage to Summit climbing gym in Bishop. Tyler lives in Big Pine with his wife, who teaches elementary school at Owens Valley School in Independence. Together with their two dogs they find joy in roaming the pathless desert hills and high Sierra peaks that can be seen from their small town home.
​ 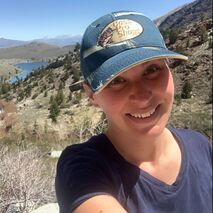 Genny grew up in the Bay Area, roaming meadows in search of frogs and bugs, exploring the redwood forests, and climbing rocks in “rock city” on Mt. Diablo. She spent her summers in the Sierra Nevada camping, hiking, and fishing.  She moved to San Francisco after high school where she earned her BA in English, Creative Writing;  she is a storyteller and a poet at heart. While living in the city, she often escaped to Ocean Beach or to the San Francisco Zoo. When she became a mother to her two daughters, she left her job at UC Berkeley and spent 5 years as a stay-at-home parent. She re-entered the workforce as a caregiver for the elderly, and discovered a true passion for human connection. Genny was introduced to Forest School as a parent, and is now jumping in eagerly and joyfully as a support kindergarten teacher. Genny loves to take long walks in the desert with her two dogs, paddle board at Convict Lake, and read ghost stories.
​ 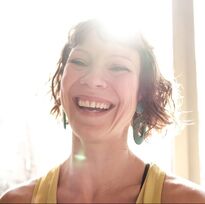 Naomi Hart Johnson
Substitute Teacher
​
Naomi was born in Northern Ireland and spent her childhood in Belfast and Singapore, where she and her family lived for 7 years. With a pair of avid travelers as parents, Naomi was lucky to have the opportunity to travel extensively as a child and to explore a range of environments and cultures across the globe, instilling in her an endless fascination for adventure.  Despite mostly living in cities, Naomi always found ways to spend time in nature. As a child, she spent time swimming or kayaking to secret islands and caves with her brother and sister.  When she got older she discovered the rolling mountains and jagged sea cliffs of Northern Ireland and Scotland and spent as much time as she could hiking, running and rock climbing in the wildest places she could find.  Naomi has always loved making art and being around people creating things.   After being awarded a Degree in Photography from Edinburgh College of Art she went on to complete her UK teaching credential and a Masters Degree in Fine Art and Education and began teaching Art to middle and high school students.  Naomi loves teaching and holding space for others to be creative and find their voice through their own art.   In addition to teaching and making art, Naomi is happiest when she is out in the open air; running, hiking and climbing or gardening and frolicking in her back yard with her two sons, one cat, one dog and six hens.
​